One of the big advantages of the NSX is to a Software Defined Network (SDN) solution given us the ability to code once and execute as many times.

There are multiple options to leverage the NSX API:

In these series of posts we will leverage PowerNSX module to simplify the interaction with the NSX Rest API.

The main objective of this series will be to demonstrate how can we leverage some of the NSX capabilities to facilitate the provision of multiple similar environments in an automated way.

We want to be able to deploy and destroy multiple copies of the standardized solution, that we will reference through the series as vPOD. Each of these vPODs will be able to host a 3 Tier App Solution. The main goal is to minimize the deployment/redeployment manual effort to the bare minimum.

Let us kick this off with a simple network diagram of our vPOD that we will automate in the next few posts: 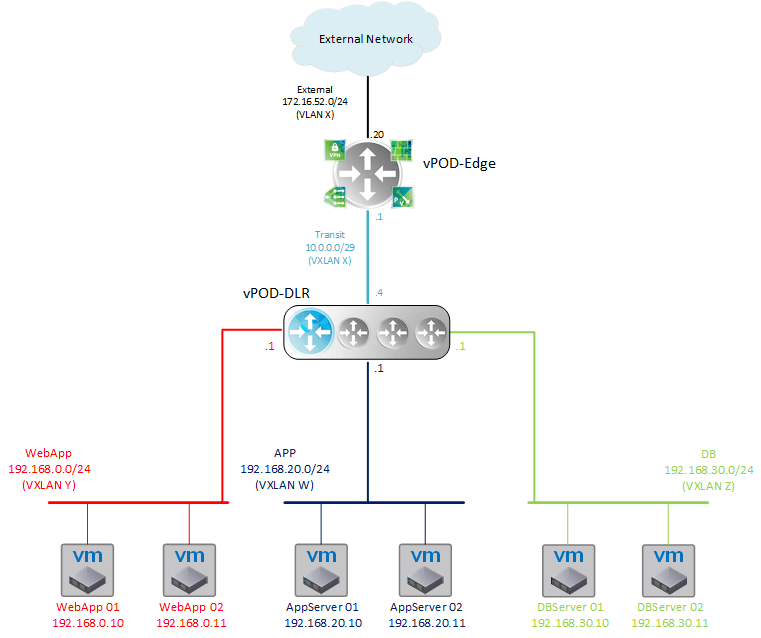 Instead of long post lets divide these in multiple parts

The division of the entire process in smaller posts will give some room to detail each step and create a more modular process, where each scripted step can be used individually and re-used.

You may also enjoy 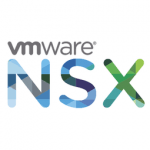 When moving from NSX-V to NSX-T there is the option of using the NSX-T Migration Coordinator, however sometimes our NSX-V configuration cannot fit the ones s...

You can use DHCP (Dynamic Host Configuration Protocol) to dynamically assign IP addresses and other network configuration to our devices. 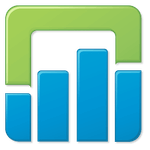 The initial idea of this post was to do a quick walkthrough of the upgrade of VMware Log Insight from 8.1.0 to 8.1.1, however the upgrade gone sideways and I... 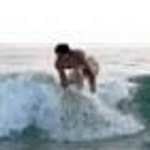 This was already a couple of weeks ago, but I was able to keep the vExpert NSX sub-program honour for one more year.